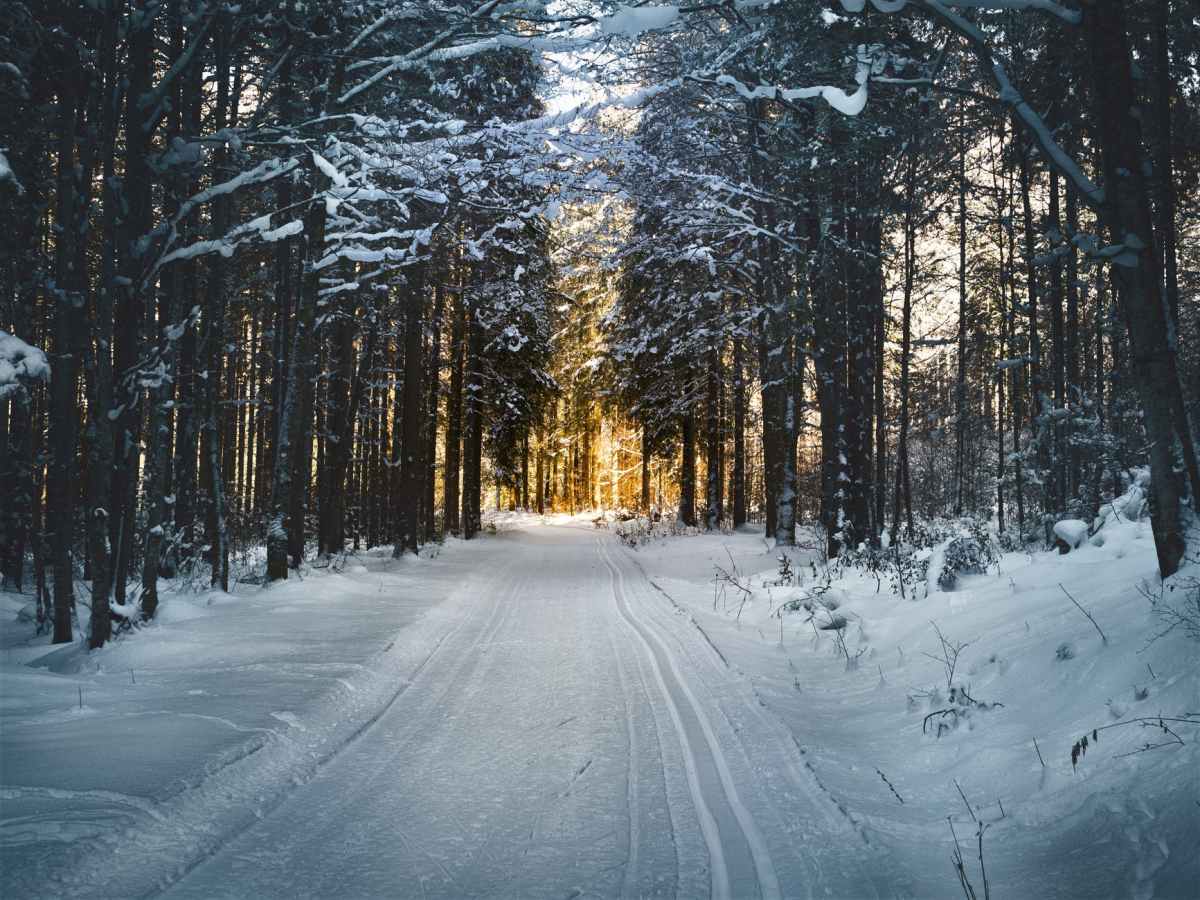 I could have driven to the coffee shop. I’d have stayed warmer and drier. But, that wasn’t the point. The point was that it was time for a walk. So, inside heavy wool coat, hat, scarf and mittens, I set out on foot into the swirl of damp snowflakes. They stuck everywhere: on my nose, on the backs of geese in the river, on bare branches hanging over my path. There I was, in the middle of something gorgeous that I could never have planned.

Wandering along a city sidewalk one day, I stumbled onto the filming of a brand new television series, a mystery. A small crowd of people, paid “extras,” lingered outside storefronts and watched (so I was told) for the famous actor-turned-director who was rumored to be in the tent down the street. So, I wandered down the street, wondering why I hadn’t heard about any of this. At the far end of the shopping area, having seen no one famous along the way, I surprised myself by not veering left into a quieter, more relaxing stretch of neighborhood. Instead, I retraced my steps, letting my thoughts flow back into this mystery-in-the-making that I had found my way to.

What kind of character would I be? I wondered as I walked back past tent and vans and unloaded equipment. What if some nearby camera were capturing random street footage even now and caught me, right here? (I suspected that wasn’t likely how filming worked, but since when does likelihood limit imagination?) Sunday evening television viewers months from now would sit down to watch a new mystery series and might just see me strolling up the sidewalk, at this very moment, in the background.

Who would they see? Would they peg me for a local office worker on break? What about a college professor? A martial arts instructor? A member of the clergy? A barista or journalist or high school teacher? I’d dreamed of being all of these people at one time or another in my life, and I’d even become a few of them. As I mused over how many of these dreams might still linger in my pace and outerwear even now, I felt surprised at the memories welling up inside of me. It was as if I returned that afternoon chatting with a crowd of friends, these long-lost companions who were parts of myself that I had not paused to catch up with for a long, long time. Isn’t it amazing what we can discover inside of ourselves sometimes? It’s almost as various (and amazing) as what we can discover outside of ourselves.

I am neither Christian monastic nor Buddhist practitioner, but I read of the religious practicing meditation and mindfulness, silence and simplicity, poverty and prayer, and I suspect that this walking does something similar with me. Calling me to pay a different kind of attention to life around me, this walking habit surely becomes every bit as much a spiritual practice of vital inner work.

Far from deprivation or cruel discipline, spiritual practices can actually sensitize us, allowing time for pieces of life to mingle and steep without hurry, creating space for whatever has been whispering to us quietly, nourishing dreams inside us that have begun craving the chance to be dreamed. Especially in the rush and press of contemporary life, we human beings need “free” space. Call it prayer, call it Sabbath, call it walking or biking or even simply sitting down for dinner – we need space for that inner work which lets us relish the life within and around us, receiving the gift of an ongoing creation in which we find ourselves again, and again, and again.

Wandering a rail trail not long ago, I met a man from Egypt. He was returning from the grocery as I was returning from a walk, and we fell in step together. A young man with dark, playful eyes, he talked enthusiastically. We spoke of work and the city, of where we were from and where we were going. Since we turned out to be almost neighbors, I was not surprised when a few days later I passed him again as he cooked over a grill with other neighbors. They waved me over. The smell of spices and warmth of welcome were more than I could resist. I stopped, sitting with them under the trees and eating savory roasted potatoes, laughing and noticing yet again how it felt to receive and relish something I could never have planned.